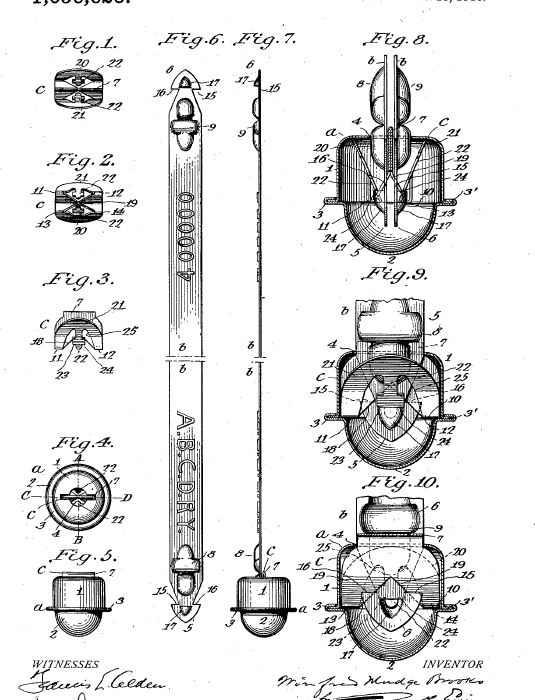 We continue our world class security seal series with the Tyden Ball Seal. The Ball Seal is one of the industry standard security seals for securing cargo in transit worldwide for a hundred years. The Ball seal was first designed and patented March 18th, 1913, by Winfred Mudge Brooks (W, M Brooks) in New Jersey. The ball seal is originally called the ‘Snap Seal’ but adopted Ball Seal due it is spherical shape.

For over 100 years the Ball Seal has offered the freight and cargo logistics industries a strong and efficient tamper evident security seal. TydenBrooks have continued to make improvements to the Ball Seal to enhance its security features.

The Tyden Ball Seal is the benchmark and worlds best selling fixed-length metal security seal. And offered the most tamper evident features for an indicative seal. Made from Tin-plated Steel, once applied it cannot be removed or resealed without showing evidence of tampering.

The Tyden Ball Seal is one of the original security seals in the modern world, originally invented and patented by E.J. Brooks. Some of our audience might be cynical and say to you: “So What!” Which is ok to have an opinion, but when a company offers you a Ball Seal and claims of being a leading manufacturer, remember E. J. Brooks were the original inventors of the Ball Seal.

TydenBrooks continue to Lead the way, Securing the world. If you would like some free of charge samples for the Tyden Ball Seal, please contact your local office or email: enquiry@tydenbrooks.co.uk

View all posts by admin →